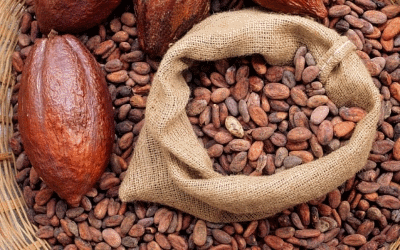 In 1991, our founder was a newcomer to the world of cocoa processing; he had many questions for this centuries-old industry:

And so, years before the terms “fair trade” or “corporate social responsibility” held any currency, our founder started a modest cocoa company named after the Ghanaian word for “paramount king.” He named the company, Omanhene. 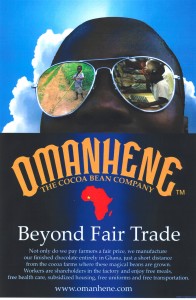 The word “Omanhene” comes from the Twi language in Ghana.  Twi is the language spoken by the majority of the Akan people who live in the middle of the country.  The traditional capital of the Akan is the city of Kumasi.  In Ghana, the local chief is the traditional authority at the village level.  As you move up the hierarchy, there are regional chiefs, provincial chiefs and at the very top of the line of authority sits (literally sits upon a royal stool) the “Omanhene” or paramount chief or king.  The term is an honorific title bestowed upon the paramount king who, to this day, remains a potent symbol of moral and ethical authority in Ghana.